I watched the elaborate ritual prayer, wondering if
others imagined their god like I did — conducting a
cosmic orchestra, leading stars on giant violins, the
stars beyond the stars we can see playing bamboo

flutes and somewhere behind that, astral fingers
dancing over silver piano keys like drunken fireflies;
or a god walking around a nameless forest like a
pied piper, rivers and lakes chasing behind him; or

a god that sings and crafts poetry, fingers dipped
into the early light. Words as soft as silence. They
might have laughed. I didn’t tell them it was also
how I imagined love. Because a cloud wasn’t a

wrapper that hung empty after all the rain had
fallen. The cloud was the entire rain. I put things
like that in my notebook between poems. About a
god that sat in a cloud that was rain and wrote

about love. About love that could read unfallen
poems, standing in the rain like a god. Things like
that. Things that I left behind after that first drought.
People and rain and love. And god. The poems, I kept. 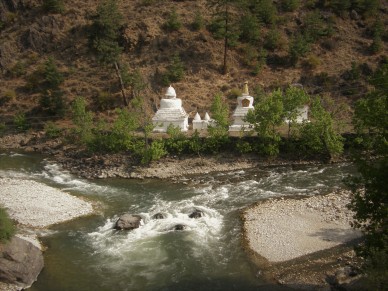 "We poets in our youth begin in gladness;/
But thereof comes in the end despondency and madness." -Resolution and Independence, William Wordsworth